Feminism has taken on many faces in the church over the last five years. Some of this has been massively beneficial to the church, as the concept has expanded, broadened, and served to bring more people into the conversation. On the other hand, some of the conversation has served only to further a dichotomy between men and women in the church, and has left confusion, bitterness, and hurt in its wake.

But here is the thing we call agree on: no one likes a sexist.

No matter where you find yourself in the scheme of things, we would all agree that sexism is wrong and has no place in the church. But I have found over the last several years a startling reality: sexism is alive and well in our women’s ministries. Surprisingly, it is not coming from men or outside forces, but from within our own ministries, from our own mouths, and, frighteningly, our own hearts.

Choosing or dismissing biblical characters because of their gender:

I was recently talking to one of the women who frequently leads in our women’s ministry. We were talking about a woman in the Text (one of my favorite, in fact), and she said, “I’ve never liked studying the women of the Bible. I’ve just never identified with them, and I’m a bit tired of Ruth and Esther.” What she was expressing is a common complaint of women in local ministries: don’t put me in a box. We don’t want to only hear about women because we don’t want people to think that we will only relate to women.

Part of me resonates with this reaction. Nobody likes to feel hedged in, stereotyped, or assumed upon. And so on the one hand, I wanted to tell her, “Great! Resonate with Daniel and Joel and Jacob!” We can absolutely study non-female narratives in the Text, and we should be studying the Text as a whole. And if this is the end goal of those feelings, then this inclination is good and right and leads us further and further into the knowledge of God.

On the other hand, I wanted to say, “Wait a minute…There is so much to be learned from the women in the Text!” Sometimes I worry that, in a moment of irony, we reject women in the Text simply because they’re women. We look at women in the Text and either think they have nothing to teach us, or see them as a sub-plot of the overall biblical narrative.

Now, if you have attended ten conferences on Esther, and you know the book back and front, I understand and with you I will plead, “Please, let’s move on to Job.” But can you tell me how Ruth is a Christ-type? Can you tell me why she is included in the genealogy of Christ? Can you explain how Mordecai exemplified Jewish law and the character of Yahweh? And if not, then don’t turn up your nose at the study of these Texts! We have so much to learn, from every book of the Bible. It would be an shame if we, as Christian women, stereotype these biblical women with the thought that they have nothing to teach us, would it not?

There is another side to this coin: choosing to only study female Bible characters simply because they’re female. Underneath this propensity is often an assumption that women will only relate to women in the Text. This is just as unfortunately (just as sexist) as dismissing women in the Text based on their gender. We, as women, need to learn from the entire Canon of Scripture. We need to learn from the Provebers 31 woman and Jael and Deborah; but we also need to hear from Mark and Mathias and Daniel. We will tragically miss out on God’s meta narrative – the grand story that is tied together with smaller books and characters and plots – if we select or dismiss any one section. To be women of the Word, we need to be women who study the Text – all of it.

Dismissing other women based on their fertility:

Our little church in Fort Collins, Colorado, is full of babies. They seems to be multiplying every time I walk past the nursery door. Children are a blessing from the Lord, and when they squak during the sermon or screech during worship, my heart is glad.

Unfortunately, there are women in our local body who cannot, at least at this point, have children. Whether they have struggled with fertility for years or have just started feeling the creeping feeling that getting pregnant will not be easy, there are women in our body burdened by the grief of infertility. It is a devastating reminder that all of creation, including our bodies, is marked by the fall and are groaning for redemption and renewal.

Their stories pain me, but when I see them excluded from women’s groups or studies expressly because they do not have children, it angers me. There is a strong current running through women’s circles in the church today that the pinnacle of biblical femininity is bearing children. Across the country there is a pervasive outcry of women in the local church who are being missed because the ministries that reach the masses are M.O.P.S. ministries and play groups. To the women who do not fit in this category, we say a quick “so sorry for your struggle,” and then head back to our circle of moms discussing which bottle nipple is the most organic.

This approach to women’s ministry resorts back to a victorian notion that women will only be fulfilled bearing children and keeping house. When we see women as less a part of our women’s ministry circles and studies because they have not or cannot bear children, we wrongly define them – and our gender – by fertility. When we see women as less capable of mentoring others, less apt in leading our small groups, because they do not have children, we do the same disservice to our gender (and therefore to the body of Christ) that we accuse others of doing.

Of course, there is a flip side to this as well. Just as I have seen women dismissed because they do not have children, I have also hear the tearful stories of women who feel excluded because they have five children. These women often feel isolated in their own worlds: it is a challenge to get out of the house, there is often financial strain that prevents hiring a babysitter, and there is just a lot to be done. My mom was recently reflecting on her early days as a mother. As a stay-at-home mother to four young children, she calls these her “cave days.” They were days when she felt alone, isolated, and forgotten. No one knew she was a retired nurse, no one asked about the marathons she ran because they were a thing of the past and her every-present moment was spent feeding, changing, and cleaning up after little ones.

This is a very personal reality check for me: if my mom, who is massively capable in women’s leadership and knows the Word of God unlike many others, was in my women’s ministry today, would I ask her to be a study leader? Probably not. I would assume she was too busy, too tired, too preoccupied. But this is precisely what we’re talking about: dismissing a woman based on her fertility stats. I would be making the decision for her, rather than trusting her to use her very capable mind to either accept the position of leadership or decline. If I were to dismiss her because of her children, the women in my studies would miss out on learning from her, and she would miss out on the opportunity to use her leadership gifts in the church (and with adults).

Dismissing teachers based on their gender rather than their competency:

I love conferences. The nerd that I am loves to learn from others in different areas of study, ministry, and experiences. Recently, I was talking to a local women’s director about planning a fall conference for all the women’s ministries in the area. I was dreaming of what it could look like to hear from our own women, to devote time and energy and space to growing as a group of sisters together in knowledge and worship of God.

“Who do you think would speak,” she wondered along with me. “Do you think the pastors would teach? It would be great to have at least one person really preach!” I told her that I thought it would be neat to hear from some of our women, or to bring in other local, female teachers for our imaginary event. She looked so disappointed. The reality was, she wanted to hear from the men she knew were gifted teachers; they were somehow the “real” preachers of the Word. The assumption behind her statement is that women who speak will not be as gifted, as knowledgeable, as “preachy” as the men who could also be invited.

As a women who loves to preach, this hit close to home. I have seven years of formal theological education, the same theological degree as her pastor and mine, and I graduated at the top of my preaching class (both in undergrad and grad school). And even though she knew those fact, she would rather have a man teach the conference than a woman.

And she is not alone: many women would prefer to hear from their pastors than from their women’s ministry directors. While some ministry directors are not theologically educated (as some pastors are not), we cannot dismiss teaching as being less-than simple because the teacher is a woman. So ask yourself, Am I more eager to hear from male teachers on theological topics than an equally educated woman?

There is an underlying strain of complaint regarding female teachers in the church. We all love to complain about the topical studies and lack of biblical teaching within the women’s ministry. But when we look around, there are very few who are willing to put teaching tools in the hands of the women responsible for teaching other women. So it should not surprise us that women in leadership resort to pre-packaged studies (and I bet if we were more willing to learn from those studies, we would realize they have a lot to teach us, too). If we want to see more women who are competent and confident in teaching the Word of God in our women’s ministries, then we need to be investing in our leaders. 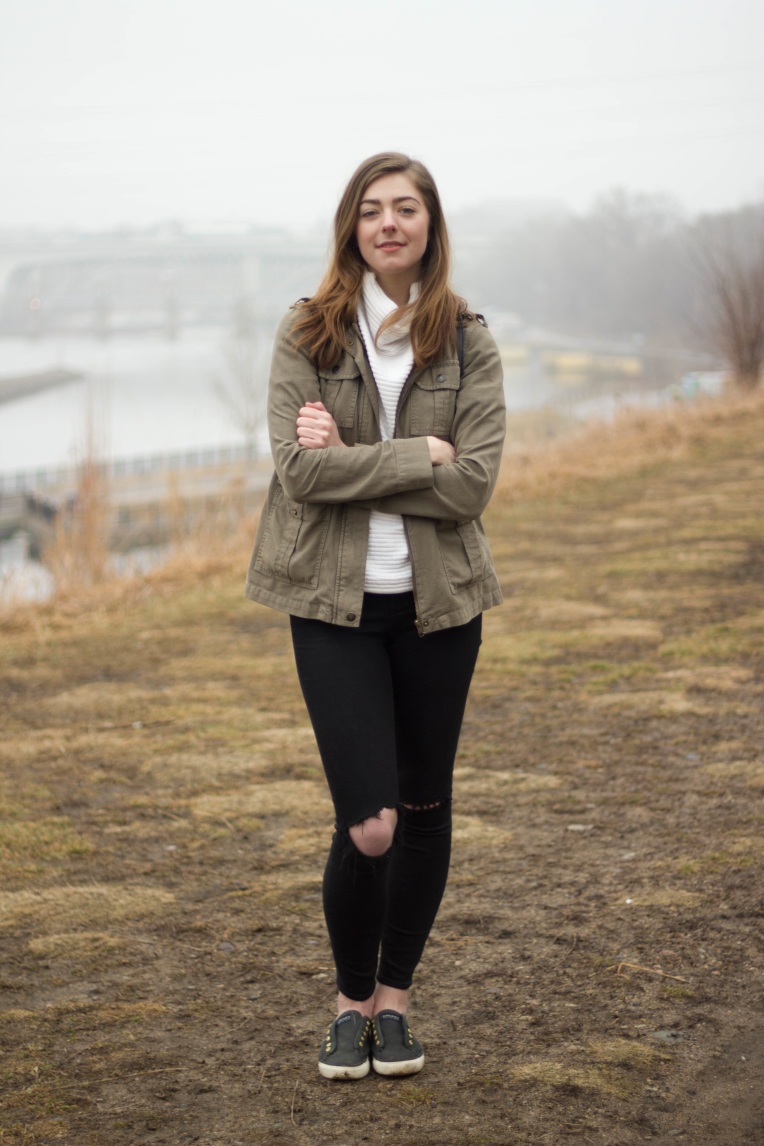 I just finished writing a new Bible study for adve

What you water is what will grow. I bought two ol

I’ve been, of late, in a season with a narrow pu

What are you reading? Next week I’m planning on

How did we celebrate book launch day? I’ll give